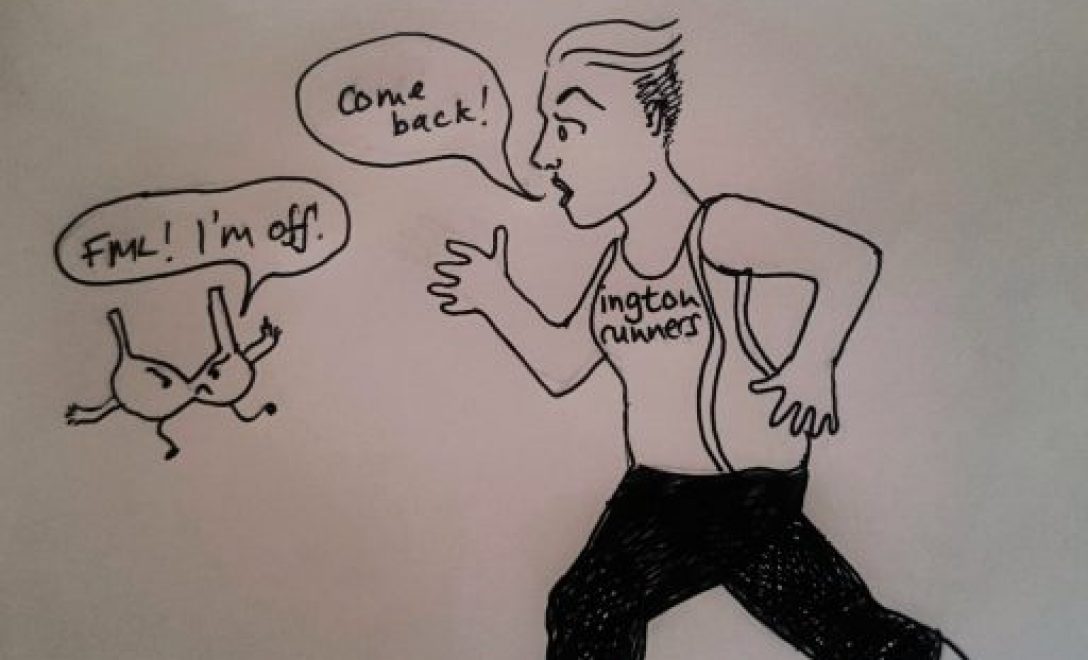 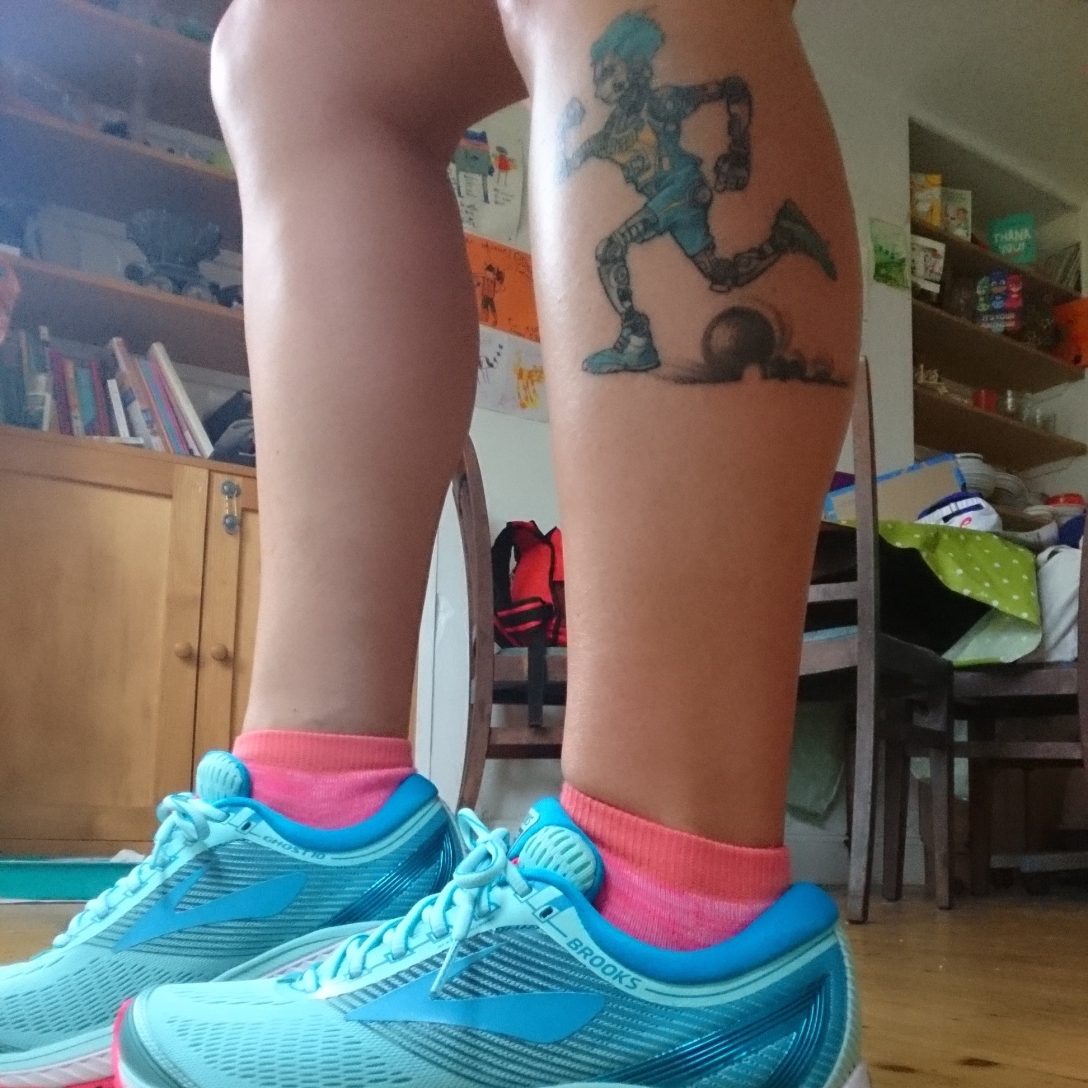 I watch quite a lot of Teen Titans Go – it’s about the only TV programme that me, my 8 year old daughter and my 4 year old son can actually all get on board with. Beast Boy is my favorite OBVS. He just IS. Anyway, there’s an episode where Kid Flash wants to join the Teen Titans, and Robin gets all jealous because Kid Flash has tighter butt cheeks than him (it’s not at ALL inappropriate, and actually all the fart jokes are very, very sophisticated and erm… educational, actually) and challenges him to a ‘foot race’ – it’s at a running track so obviously I’m going to take it far too seriously. Robin decides that the way he can get through this and beat Kid Flash is by believing in himself. He just has to BELIEVE!

It doesn’t work. Obviously Kid Flash beats him – it’s Kid FREAKING FLASH, people. Clue’s in the name. BUT after much convoluted plot, by the end of the episode Robin does beat Kid Flash, because he beliiiiiiiiiiiiiiiiiiieves in himself! Oh, OK, it’s because he believes in himself and he also whacks KF round the shins with an iron bar… but you could argue that’s tactical and positive thinking and a refusal to hold limiting beliefs. Or it’s just extreme cartoon violence and I shouldn’t let my kids rot their brains with it even if it IS funny. But anyway, that’s not my takeaway message.

My takeaway message is that I never thought I could run 5K. Until I did. I never thought I could do a 10k. Until I did. A half marathon? That’s just bonkers! Then I did it. But I always said I wouldn’t do a full marathon. Aaaaaaaaaand then I signed up for a marathon, and actually I did believe I could do that – I had to believe I could do it in order to get myself to the start line, but I didn’t KNOW I could do it, until I did it. Like Robin it was an important part of the training that I believed in myself but I didn’t hit anyone in the shins with an iron bar. And now I’ve done 9 half marathons (that’s an annoying number – *googles December half marathons*) and 4 full marathons, the last one under 4 and a half hours (I may have mentioned this) – which aside from my kids being the most gorgeous and funny and smart (mouthed – they’re my kids, obviously they are cheeky, but they do have some of their much more mature and sensible Dad in them too, so I reckon they’ll do OK) fairly well adjusted little people – is the achievement I’m most proud of. Didn’t think I could do that time until I did, either!

So now… well, now I’m dreaming REALLY big. I’ve come up with a slightly ambitious and possibly totally unrealistic idea that in my 50th year (which is 2024 – I’ve got a little while to chicken out – although by writing this I’m putting it out there) I’m going to do a really big triathlon. A REALLY big one. This is a totally ridiculous idea. I’ve never done so much as a sprint triathlon. I can only just about “swim” – i.e. I can get myself from one end of a pool to the other via an appalling breast stroke and that’s about it. When I was off injured last year (you can read about it here should you wish to torture yourself – you know what injured runners are like, and if you don’t well… read on) my lovely friend Kate took me to do some open-water swimming, which, to be fair, I ended up loving, but I couldn’t even put my face in the water until the second trip. I rashly bought a wetsuit thinking I’d keep this going, but it’s still unworn in my wardrobe. Prior to become evangelical about running this was my exercise MO. Get very enthusiastic about a new sport,  buy all the kit, and never do it again. I can’t even do front crawl. And while I use my bike quite a lot, it’s totally as a means to get from my house to the running track and back again rather than as an athletic activity of its own. So, yeah, I’m probably being bonkers even thinking about this but maybe… maybe… I just need to beliiiiiiiieeeve. And when I asked Coach Tony if he thought I could, he said “you totally WILL” and so we commenced ‘operation super buff’, which sees him making me lift actual weights and do ridiculous amounts of squats and lunges. I want to see how strong I can get. It’s a kind of experiment. And possibly a pre-emptive, VERY healthy mid-life crisis. Whatever, I can’t afford and don’t want a sports car.  I’ll start with a sprint tri in 2019. But I better crack on and find someone who can give me swimming lessons. I’ve only got 6 years before I’m planning to carry out this ridiculous notion! 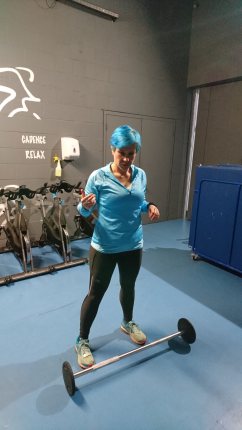 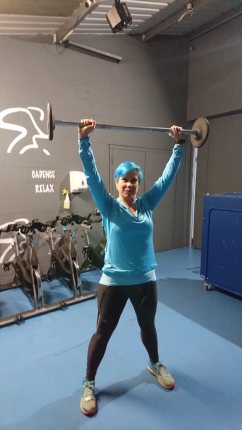 You seriously want me to lift this thing? Well ok then.